It’s all about convenience and increased connectivity these days. Whatever you need, technology will have or do it for you. There’s no question as to how it has made our lives easier – but is it without consequences?

Let’s talk about how these technologies come about to understand how they’re affecting us in ways we don’t notice.

The most ubiquitous of technologies – smartphones, WiFi, and home appliances – exist through Electromagnetic Fields (EMFs). These are invisible areas of energy that can be either be natural or man-made. When particles (electrons and protons) are charged, they create an electric field. Think wired electrical appliances. When these charged particles are in motion, they form a magnetic field. Examples are power lines and cell towers.

High-frequency EMFs/Ionising Radiation. These include ultraviolet rays, X-rays, and gamma rays. Being exposed to these are highly dangerous for continuous periods can cause damage almost immediately – like exposing your skin to the harmful rays of the sun.

Low-frequency EMFs/Non-ionising Radiation. This encompasses the electromagnetic spectrum from radio waves to microwaves. This type of radiation supposedly doesn’t have adverse effects on humans, but some research has stated otherwise. 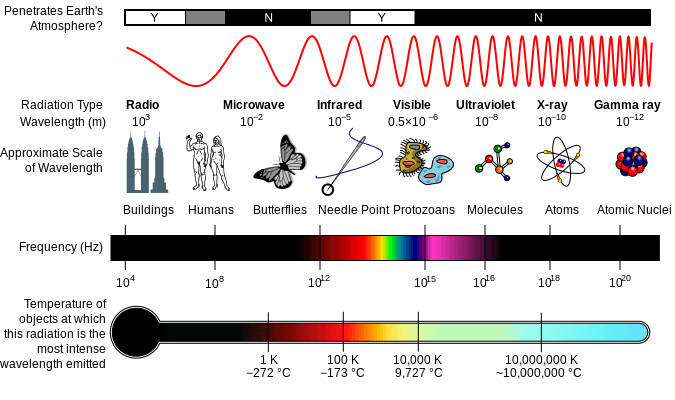 While there isn’t conclusive scientific evidence pointing to the harmfulness of low-frequency EMFs, we cannot undermine studies that are consistent with their claims that LF-EMFs do have negative effects on our bodies. Dr. Martin Pall, PhD from Washington State University was able to trace effects on the cellular level. He says continuous exposure to low-frequency radiation can have significant effects on our bodies before we even notice it.

We know that humans are also electrical beings – each cell having to connect through tiny electrical signals. According to Pall, our cells have mechanisms that detect LF-EMFs as outsiders thereby causing it to produce a stress response. This, in turn, can trigger a chain of chemical reactions that could result in possible cellular damage.

This stress response is manifested in headaches, dizziness, fatigue, muscle pain, sleep disturbances, and even itchy skin. In worst cases, studies have linked chronic low-frequency EMF exposure to anxiety, depression, and heart problems. In fact, the International Agency for Research on Cancer (IARC) stated that radiofrequency EMFs are possibly carcinogenic to humans.

The pineal gland secretes melatonin to mainly to regulate a person’s sleep-wake cycle. It’s also a powerful antioxidant for battling cancer, mental health disorders, and aging among others. However, melatonin is said to be sensitive to LF-EMFs because it tends to see it as light thereby inhibiting melatonin production. In addition, it is attracted to blue light – just the thing our smartphones emit!

SO, it’s possible that the pineal gland can detect these EMFs as light and not be able to carry out its normal production of melatonin. This makes us vulnerable not only to sleeping disorders, but to other diseases its antioxidant properties protect us from.

You’re probably most exposed to LF-EMFs in your bedroom. Your power outlets are all used, TV’s there, smartphones, WiFi router – you name it. And this is where you want EMF exposure at its very least because you need SLEEP.

Learn from a few tips to help you lower EMF exposure:

1. When possible, use fibre optics and not WiFi. It’s a more energy-efficient option that gives you internet access through FIBRE. No EMFs involved here.

2. If fibre isn’t available yet, turn off your WiFi router at night instead. You can try the wired option, too (Ethernet).

3. Be wise with smartphone usage. Try to distance it a bit from you whenever you can. Try calling through loudspeaker, or by using wireless earphones. Some mobile phone manuals even include warnings to stay a certain measurement away from your phone (e.g., 5-15mm).

4. If your bed is near a power outlet, move it so you’re not directly near it.

5. Locate your smart meter – these also use radiofrequency/wireless radiation. If it’s too near your bedroom, you might want to consider getting a cover for radiation protection.

The issue linking low-frequency EMFs to sleep disorders and other illnesses is still an ongoing debate. However, we can’t invalidate the fact that people still claim to experience some symptoms. At this point, we only know that it can potentially be harmful.

For now, let’s take a few steps in protecting ourselves from potential harm – especially if you experience symptoms – while we wait for scientists to clarify this issue for once and for all.

Why It’s Completely Safe to Sleep with Your Pet