Inemuri – The Japanese Art Of Sleeping At Work

Falling asleep at work is generally frowned upon and you can bet your boss won’t be impressed. From all over the world, working nonstop is a sign of diligence. No slacking off and certainly no napping in the office. That’s why learning about the concept of inemuri might come as a surprise.

You’d be forgiven to think that the Japanese aren’t that worked up about work. That’s far from the truth. So let’s get into inemuri.

Inemuri is the Japanese practice of sleeping at work. This can be in a meeting, on the way home or even waiting for the train after a big night out. Inemuri is a fascinating phenomenon found only in Japan. Viewed by outsiders, it might be taken as laziness or poor work ethic, but that is far from the truth.

Across the globe there are societal and social differences between countries, and Japan is no different. Culture is diverse and what may seem offensive to some can be viewed as normal to others. In Japanese society, dozing off at work, especially when working long hours, is a sign of hard work and dedication.

Granted, countries view sleep and work differently, and there’s a particular contrast between Eastern and Western cultures. Some countries might scoff at excessive overtime while others see it as expected and the norm. That diversity of opinion does not extend to the workplace where sleeping is universally seen as unproductive and lazy.

So what exactly is inemuri and why is it accepted in Japanese culture? How can a country known for its efficiency and fast-paced life welcome sleeping at work or in public? Read on and find out.

The Japanese art of selective sleeping

Dr. Brigitte Steger, a University of Cambridge senior lecturer on Modern Japanese Society recounts that she first encountered this phenomena in the late 1980s. In that time Japan experienced an economic boom, transforming finances and work in Japanese culture.

During this time, the mindset of the common Japanese “salaryman” or white collar worker is being the first to arrive and the last to leave in order to leave a good impression with their superiors.

To do so, they spend less time sleeping and more time either at work or socialising with coworkers, preferably through social drinking or shared dinners. This need to balance work and social life cuts in on their time spent sleeping.

To understand why sleeping at work is accepted in Japanese culture but nowhere else, historical and societal knowledge is necessary. For a long time in their history, the Japanese were raised to be polite and follow stringent societal expectations.

To put it simply, the reason why inemuri works within Japanese society is because of their history and how it moulded their customs and norms. That is also why it doesn’t fit other cultures.

You would think sleeping at work is a sign of poor time management or laziness, but apparently it isn’t in Japan. The fact that you are willing to sit in long meetings and be ready to participate when needed, or show up at work while obviously exhausted are signs of great work ethic.

Even lunch breaks are used to take short naps in an effort to stay efficient at work. This can be compared to the Spanish habit of taking siestas, which is taking a short nap after lunch as a break from the heat.

What differentiates inemuri from your average is situational awareness. According to Steger, inemuri takes the form of subordinate involvement where it is accepted that one sleeps in the workplace as long as it is not disruptive, as well as the ability to be awoken at a moment’s notice.

That’s what makes inemuri different. In English it roughly translates to “I am present while sleeping”, one who sleeps at work yet can perform as soon as waking up is seen as a diligent and efficient worker.

Each society views sleep differently. However, almost all cultures see sleeping at the workplace or classroom disrespectful and a result of poor personal skills. The fact that it is an accepted practice in Japan makes it fascinating and unique.

There may be instances where sleeping on the job is accepted. For example, occupations such as firefighters and live-in caregivers may be paid to sleep for part of their shift. However, those aren’t national in scale like how inemuri is in Japan.

What makes inemuri so different is the degree of acceptance and influence it has on various sectors of Japanese society. So much so that sleeping on the train or at restaurants isn’t a cause for concern.

So when you visit Tokyo in the future, don’t be surprised to see people sleeping on trains. 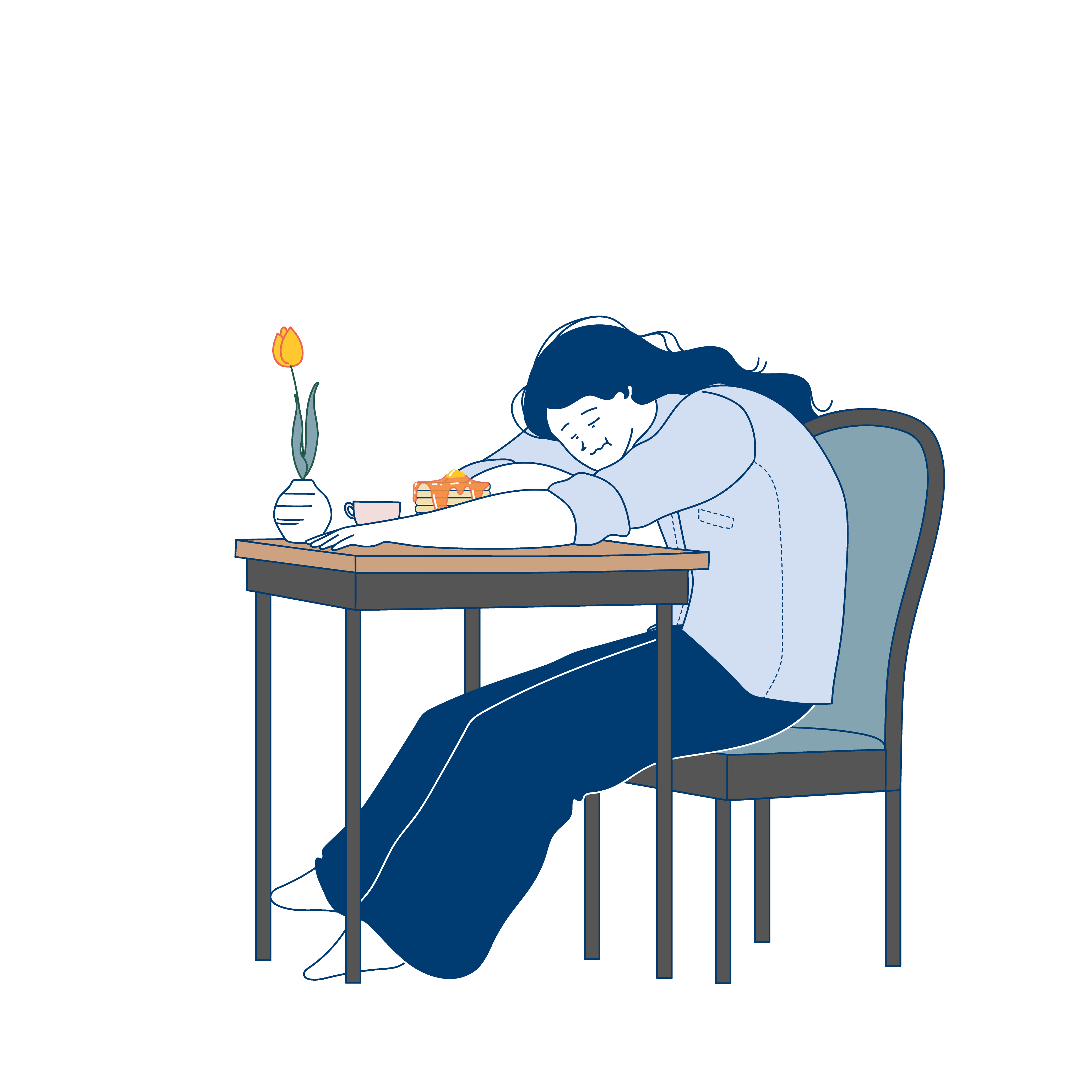 For a country famous for bullet trains and innovations in technology, Japan still respects traditions of adhering to traditional cultural and societal norms, one of which is keeping an image that is acceptable to society.

This extends to maintaining a good reputation in the workplace, where excellence and drive is thought to be based on how many hours you spend in the office.

Over time, this stance towards work spread into other aspects of Japanese society, even to students who see studying till the wee hours of night as hard work. However, there’s a dark side to this.

Lack of sleep can lead to a lot of complications, the most notable of which is exhaustion. The reason we doze off is to allow our bodies and minds to rest after a long day, to process information and to shake off stress.

Without proper sleep, we risk getting lower immune system, disorientation, and lack of focus. However, minimal sleep while overworking has bigger negatives, one of which can be fatal.

Karoshi or “overwork death” is an awful side effect of skipping rest. As the name implies, karoshi is caused by an unhealthy imbalance between work and leisure. In 2019, an estimated 1,940 people are affected by work-related problems.

Simply put, karoshi is caused by the pressure to work long, exhausting hours, forgoing essentials such as food and sleep..

Perhaps to compensate for the missed time sleeping, the Japanese perfected the art of sleeping pretty much anywhere, from trains and buses on their commute to their work stations and even through meetings.

To each their own

While working hard and excelling in the workplace is extremely important, it shouldn’t mean less sleep. Learning to strike a balance between being professional and self care should be a priority.

However, each society and culture have different ways of approaching a scenario and one cannot impose on the other. Maybe chat to your boss before you decide to have a nap during your morning meeting!

How To Become A Morning Person